Q. Irina, why sourcing as a profession, can you shed some light on your early days as a sourcer and how you got into sourcing and what you now do?

My early days with sourcing happened when I was a hiring manager in Software Engineering. I was looking for candidates as early as in 1995. I switched to the “dark side” and became a recruiter in 2003. The real fun began with the advancement of search engines; the fun was doubled when Social Networks, specifically LinkedIn, started to matter in practice, around 2007. I was able to find resumes on Google and to find “back doors” to LinkedIn, to get information about prospects and find new prospects to get in touch with. In 2009 I launched the Boolean Strings group and network; the amount of interest and the need to get help on searching the Web was enormous. Looking back, I am sill sad that I missed the first and the best SourceCon gatherings and contests in 2007-2008. I launched my first own sourcing contest/quiz on Boolean Strings in 2009 and ran several contests since.

In 2009 I won the big SourceCon challenge. (Those challenges have, unfortunately, been abandoned in the last few years.) Through contests, LinkedIn, blogging, and tweeting and at some conferences I met fun people, many of whom are great sourcers, such as Suzy Tonini, Julia Stone, Lisa Offutt, Mike Notaro, Shannon Myers, Katharine Robinson, Jim Stroud, and many more. Glen Cathey launched his blog about Boolean search at the same time I did; I believe that both of us have contributed to the growing interest to – now absolutely necessary for competitive recruiting – sourcing science and sourcing art. We have a new generation of strong sourcers who have started showing their skills in the last few years, such as Balazs Paroczay, Martin Lee, Gordon Lokenberg, Kameron Swinton etc. I am lucky to be closely working with David Galley who is a fantastic sourcer.

While having fun pressing the buttons and getting the right results was the early attraction; meeting and connecting with colleagues internationally has been attraction since around 2009; there’s a different place sourcing holds today than even 3-4 years ago. Anyone who is in the business of searching for professionals needs to be at least a bit of a sourcer. Getting in touch with and helping to educate the much larger population of recruiters vs. full time sourcers, then even taking the education to sales people has been enjoyable and satisfactory. Working with the growing team supporting the Program is lovely as well. I always remain a hands-on sourcer, which certainly helps to create webinars and materials. These days it’s become a marathon to keep up with the multiple changes in the core sourcing tools and the advancement of new tools; I have to press many more buttons, than before, to stay on top of “everything”. This still remains a lot of fun.

Q. New tools are emerging each day, what new sourcing innovations and tools are you seeing and excited about?

The sourcing tools territory has become quite interesting. In hands-on lives of sourcers and recruiters currently it’s “LinkedIn- and “everything else”. Tools for searching for and connecting with professionals that are not implemented by LinkedIn have little space left for them to set up their coverage and craft their marketing message. LinkedIn can be considered a new tool all the time, since their functionality changes all the time. Some functioanality is “retired”, some is new and wonderful, and not necessarily paid. Unfortunately, LinkedIn remains buggy; I suppose this can be considered extra fun for a sourcer in some cases, but usually it is frustrating.

Google is not specifically a people sourcing tool but it can be used in clever ways, both old and new, to find people. Google+ has excited me since its creation; it has not grown at a speed we’d love it to, but it’s getting there. Strangely, its faceted people search remains rather poor; but there are some creating ways to source there.
In 2011 we saw the first people aggregator tools Talentbin and thesocialcv, that sounded so promising that I called them “dream software”. By now we have a variety of people aggregators: Entelo, Gild, Swooptalent, and Hiringsolved among others. Thesocialcv has become Dice Open Web, conveniently offering an aggregator tool integrated with a job board. I am somewhat disappointed that most people aggregators add extra features vs. covering larger territory and perfecting merging and searching, but it seems that this happens for good marketing reasons. My perception is that Hiringsolved is the vendor that is after perfecting the aggregator concept implementation.

Combining different tools and data from different sources is an excellent way to go for a sourcer. Productivity tools for sourcers are often overlooked; those can be little browser add-ons to save some typing, as well as serious parsing and sorting tools such as Outwit Hub. There is a list of about 50 tools on my blog; I will probably add 15-20 more soon.

Q. Can sourcing skills be acquired or are some more gifted than others? Can anyone be a good sourcer regardless of background?

I am not sure. It’s a combination of nature and nurture or everything, isn’t it? Besides, there’s no degree in Sourcing (or in Recruiting), so all sorts of professionals enter the profession without much planning. I think, a gifted sourcer has a good balance of the left and the right brain. Sourcing is both art and science. Some down-to-earth technical understanding, specifcially, knowing what one can expect from a computer and what can be found on the web, helps. But intuition, creativity, and resourcefulness matter just as much, I think. Full time sourcers spending most of the time with a computer (vs. most of the time taking and meeting people) are, in most cases, introverts and “geeks”. However, it seems like a whole new generation of kids are spending lots on time on their devices. That’s a separate question where it’s all going, but today’s kids will become sourcers in a much easier fashion than us.

Q. You teach sourcing to a worldwide audience, in your experience is the way sourcing conducted across different geographical regions different?

Sourcing is absolutely and exactly the same, no matter where you source. Sourcing is finding information about professionals. To search well on Google, for example, we need to imagine what the target pages and profiles look like and start from there. This works for everything. That is what we teach and that allows us to efficiently teach people from many countries. What differs is the language, the available resources, networks, sites, the amounts of data, the words identifying locations, skills, degrees, job titles, etc. A good sourcer can start navigating a foreign land in a matter of hours, after figuring out what to search for and where to search. (Of course, in non-English speaking countries some knowledge of the local language is helpful.) What differs a lot is, of course, everything that happens when the search results are found: how one builds relationships and sells opportunities depends on the culture.

Q. What are your three most important tips to be a good sourcer? 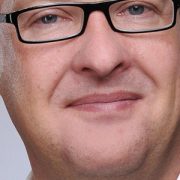 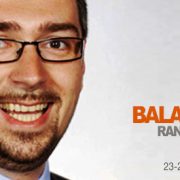 Reaching The Utmost Of Sourcing Productivity - aka How To Build A Sourcing Factory?